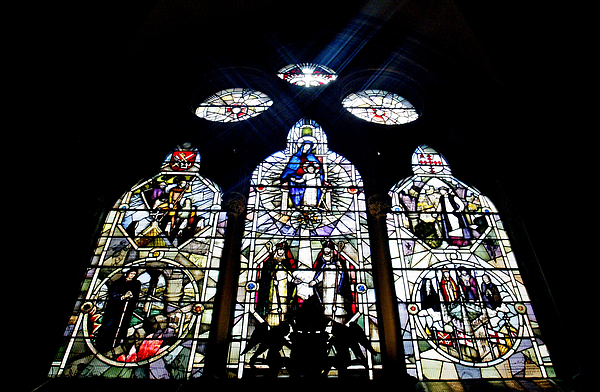 LONDON - AUGUST 8: The sun shines through stained glass windows depicting the construction of Southwark Cathedral August 8, 2003 in London, England. The Church of England, the mother church of the Anglican Communion, is facing a showdown between traditionalists and liberals, following the appointment of an actively gay Canon, Gene Robinson, as Bishop of New Hampshire in the U.S. Robinson's appointment, which threatens to split the Church in two, has prompted the head of the Anglican Communion, the Archbishop of Canterbury, Dr. Rowan Williams, to call a Bishops summit in October. (Photo by Ian Waldie/Getty Images)