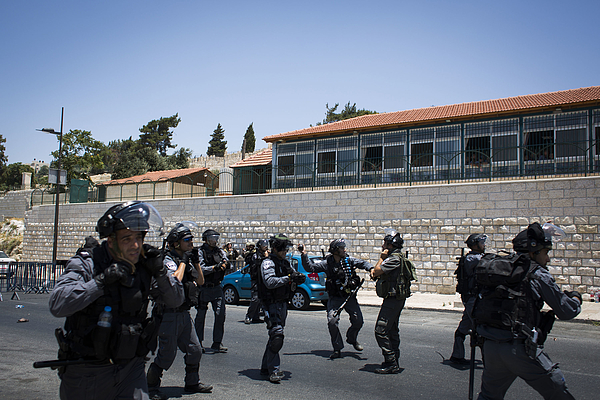 JERUSALEM, ISRAEL - JULY 04: Clashes break out between Israeli police and Palestinian youths during the noon Ramadan prayer in Ras Al Amud neighbourhood ahead of the funeral ceremony of Muhammad Abu Kdear on July 4 2014 in Jerusalem, Israel. Muhammad is thought to have been murdered earlier this week in revenge to the killing of the three Israeli teenagers two weeks ago in the West-bank. (Photo by Ilia Yefimovich/Getty Images)