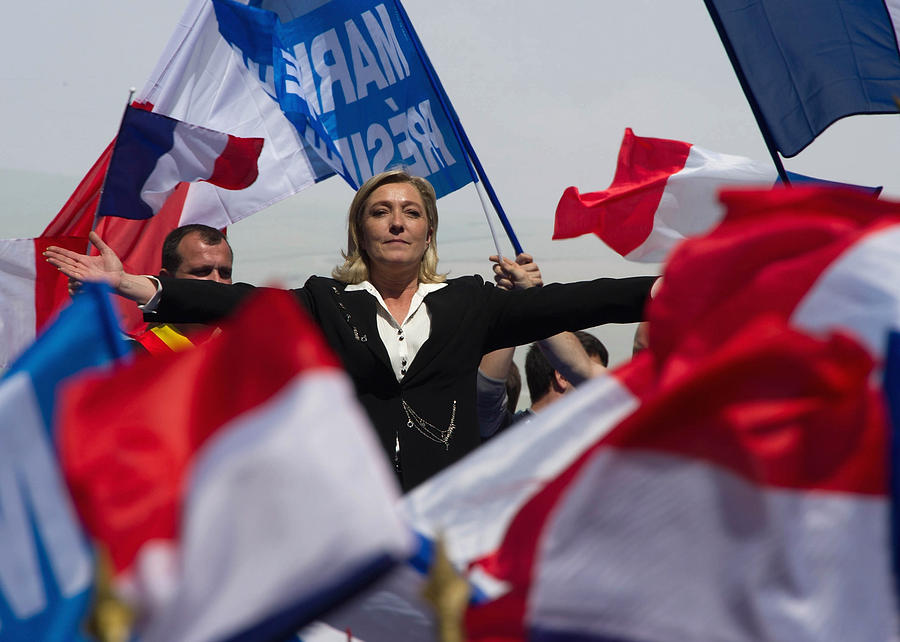 PARIS, FRANCE - MAY 01: Marine Le Pen gestures as she delivers a speech during the French Far Right Party May Day demonstration on May 1, 2012 in Paris, France. Marine Le Pen, the daughter of the French far-right leader Jean-Marie Le Pen, received only 6.4 million votes in the first round of the presidential elections. Both current French President Nicolas Sarkozy and French Socialist Party candidate Francois Hollande are now fighting to win support from the French Far Right ahead of the second round elections on May 6. (Photo by Pascal Le Segretain/Getty Images)