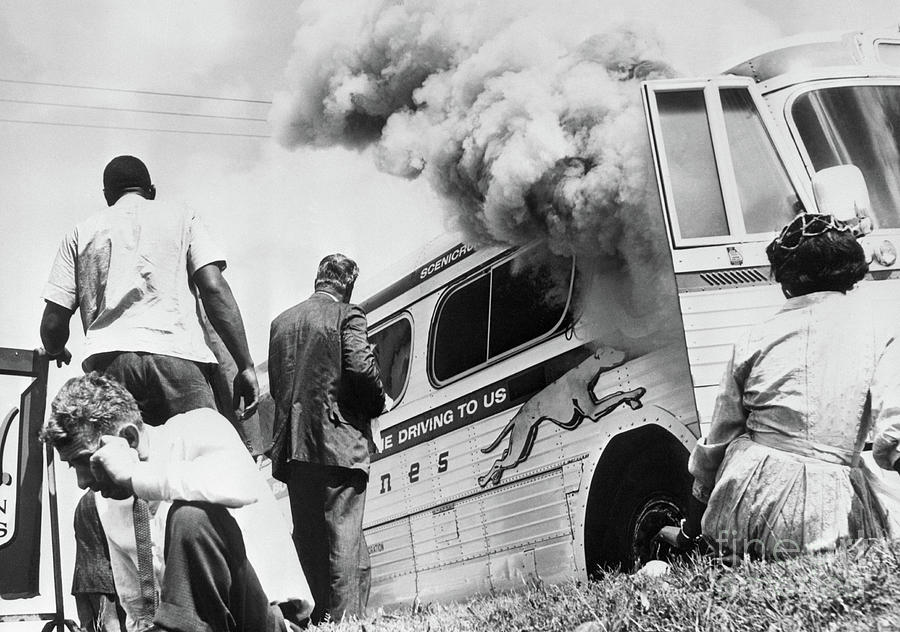 (Original Caption) Passengers of this smoking Greyhound bus, some of the members of the "Freedom Riders," a group sponsored by the Congress of Racial Equality (CORE), sit on the ground after the bus was set afire 5/14, by a mob of Caucasians who followed the bus from the city. The mob met the bus at the terminal, stoned it & slashed the tires, then followed the bus from town. BPA2# 47.