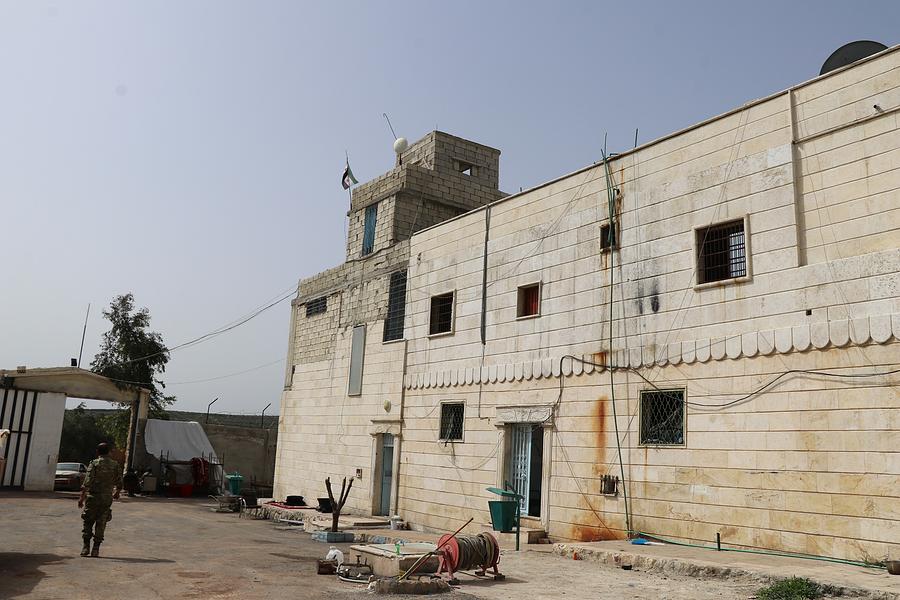 AFRIN, SYRIA - MARCH 24: An outside view of a prison, which was used by PYD/PKK terrorist organization to withhold opponents, is seen after it was captured by FSA following the liberation of Afrin by Turkish Armed Forces and FSA within the "Operation Olive Branch" launched in Syria's Afrin on March 24, 2018. (Photo by Hisam El Homsi/Anadolu Agency/Getty Images)