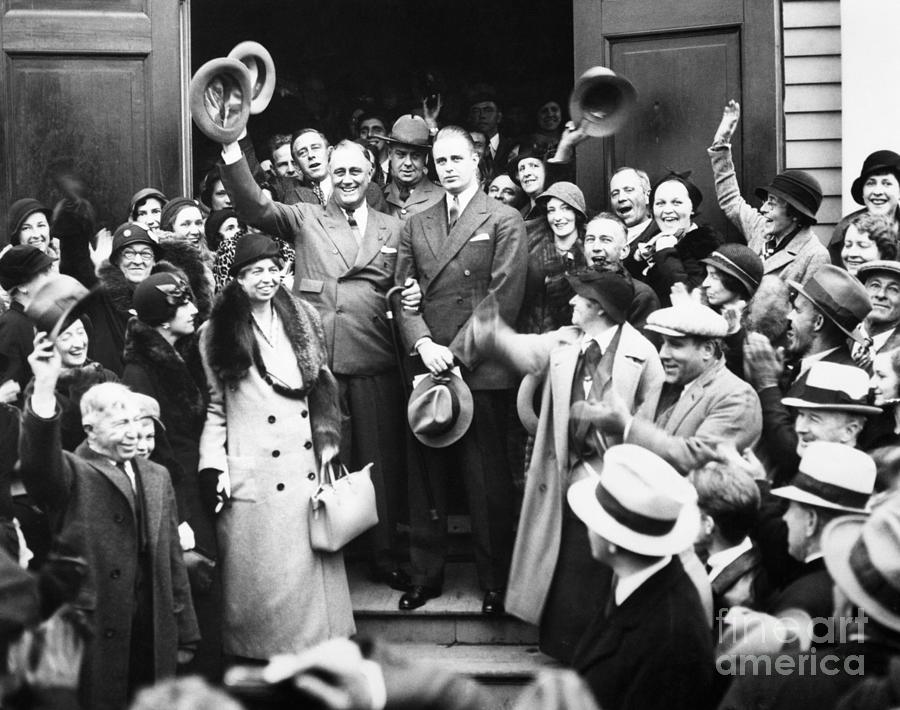 President-elect, and Governor of New York, Franklin D. Roosevelt stands arm in arm with his son James. Roosevelt's wife Eleanor is to his right on a lower step. Roosevelt waves his hat while supporters cheer his victory in the presidential election on 1932.