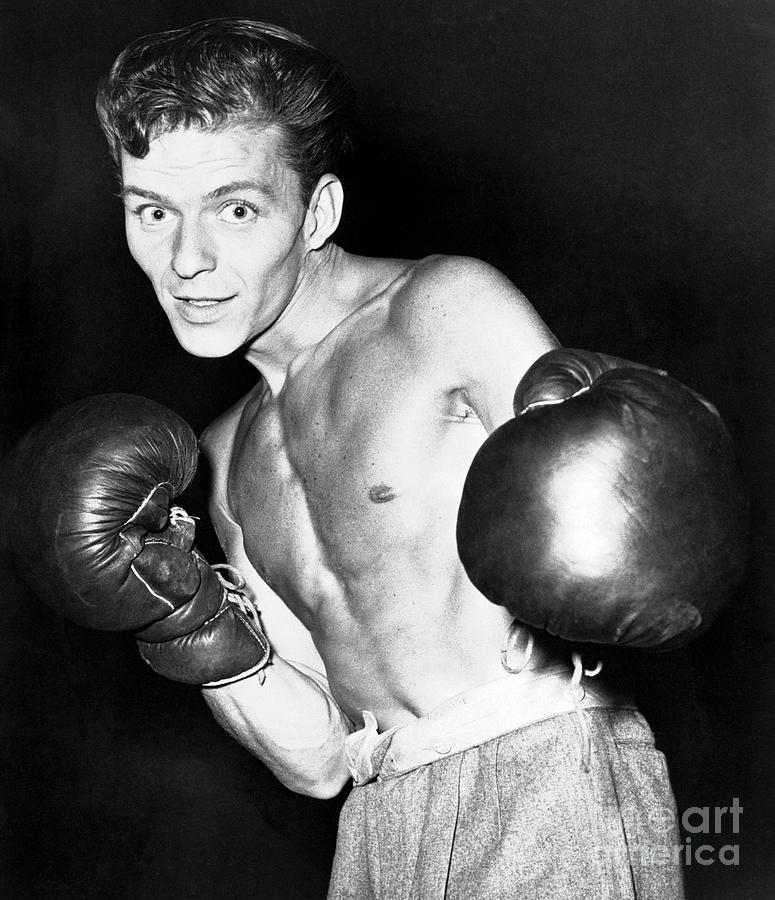 The young Frank Sinatra poses in boxing gloves for a publicity shot. In April of the same year, Sinatra, whose reputation included the occasional public skirmish, allegedly felled New York columnist Lee Mortimer with one punch in retaliation for an insult the writer denied making.