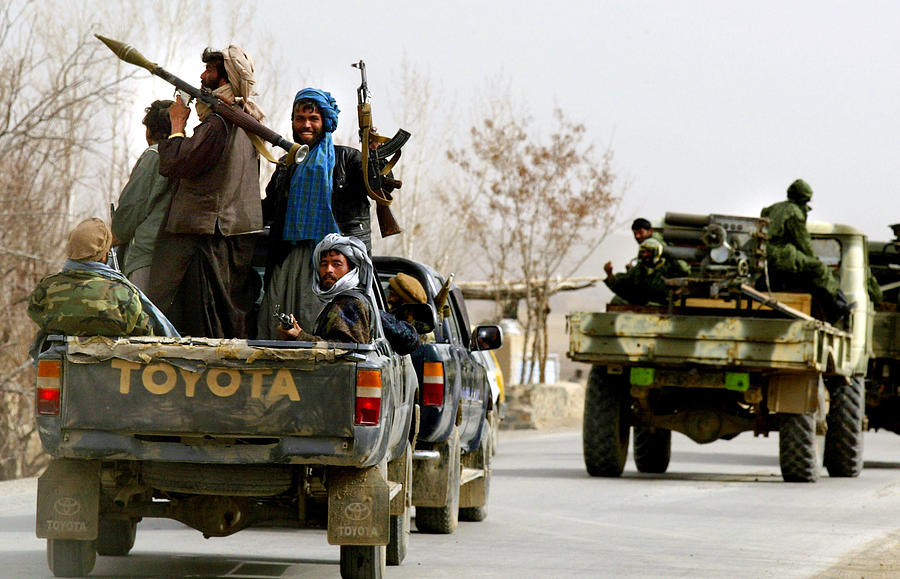 402056 13: Former Northern Alliance soldiers ride a vehicle March 8, 2002 towards the town of Gardez, in Afghanistan. Between 700 to 1,000 soldiers with approximately twenty tanks are moving from Kabul to the capitol of Paktia province. The soldiers are heading to the front line to join the U.S.-led coalition battling against al Qaeda and Taliban forces in the Shah-e-Kot mountain range of eastern Afghanistan. (Photo by Paula Bronstein/Getty Images)