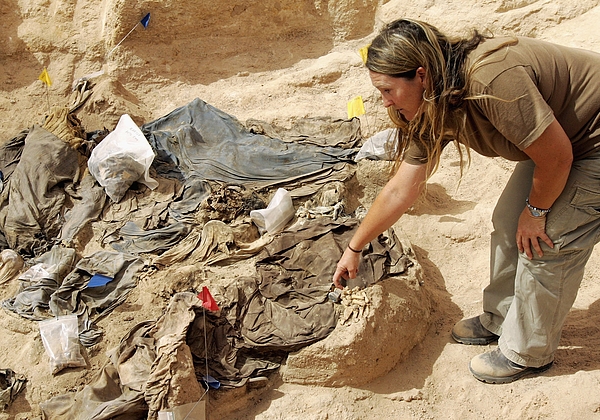 BAGHDAD, IRAQ - JUNE 3: In this image released on June 28, 2006, an Australian forensic expert examines bones and clothes on a mass grave of skeletons in a remote desert south of Baghdad, on June 3, 2006 in Iraq. Prosecutors are preparing new cases against the former Iraqi dictator Saddam Hussein and his associates, on charges of genocide against Iraq's Kurdish community in the 1980's during the Anfal campaign. Hussein's second trial has been set for August 21. (Photo by Erik de Castro/Pool/Getty Images)