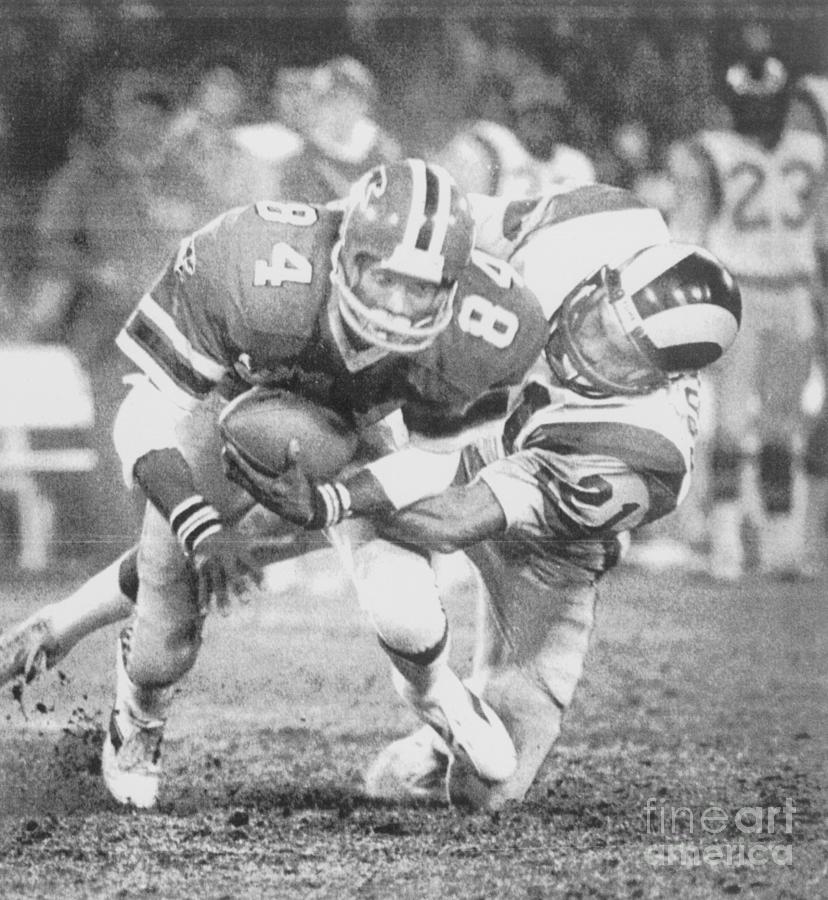 Atlanta Falcons' Alfred Jenkins picks up nineteen yards on this play after taking a pass from quarterback Steve Bartkowski in the fourth quarter before being brought down by Los Angeles Rams' Nolan Cromwell during a football game. Jenkins picked up a first down and the Rams won 21-16 on December 15, 1981 in Los Angeles.