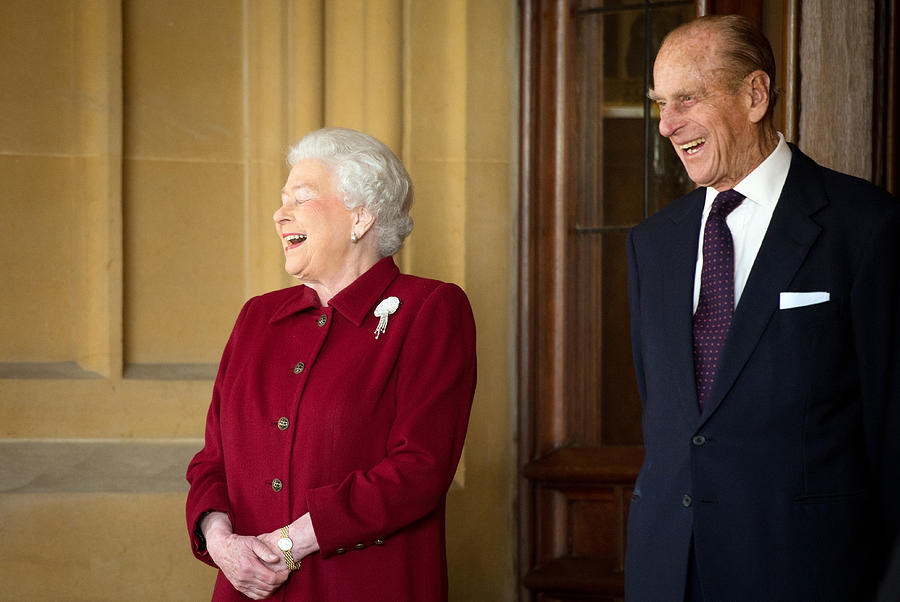 WINDSOR, ENGLAND - APRIL 11: Britain's Queen Elizabeth II and Prince Philip, Duke of Edinburgh react as they bid farewell to Irish President Michael D. Higgins and his wife Sabina (not pictured) at the end of their official visit at Windsor Castle on April 11, 2014 in Windsor, United Kingdom. Ireland's Michael D. Higgins is making the first state visit by a president of the republic since it gained independence from neighbouring Britain. The visit comes three years after Queen Elizabeth II made a groundbreaking trip to the republic, which helped to heal deep-rooted unease and put British-Irish relations on a new footing. (Photo by Leon Neal-WPA Pool/Getty Images)