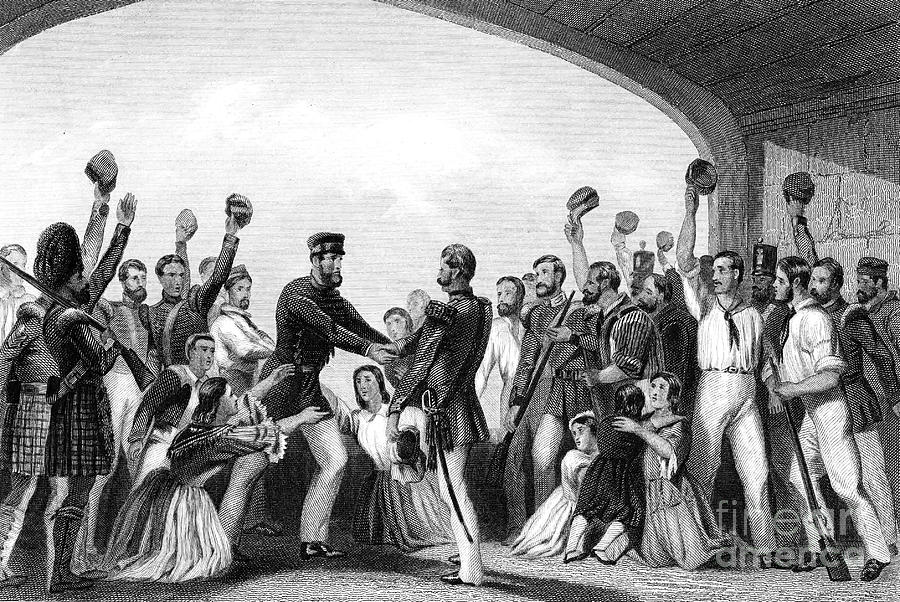 First Relief Of Lucknow By General

First Relief Of Lucknow By General

First relief of Lucknow by General Henry Havelock, Indian Mutiny, 15 September 1857. The siege of Lucknow was one of the major engagements of the uprising against British rule in India which began in 1857. The mutiny had many underlying causes, but was sparked by the introduction of cartridges which were greased with animal fat. This outraged both Muslim and Hindu soldiers (sepoys), who made up the majority of the Indian army at the time. Although the mutiny was defeated in 1859, it led to the administration of India passing from the East India Company to the Crown. Lucknow itself was besieged by mutineers for 87 days from the outbreak of the mutiny until a column commanded by General Sir Henry Havelock broke through on 25th September 1857. Havelock's force was insufficient to break the siege however, and Lucknow was once again surrounded until finally relieved by another, larger force led by General Sir Colin Campbell on 25th November 1857. (Photo by Ann Ronan Pictures/Print Collector/Getty Images)