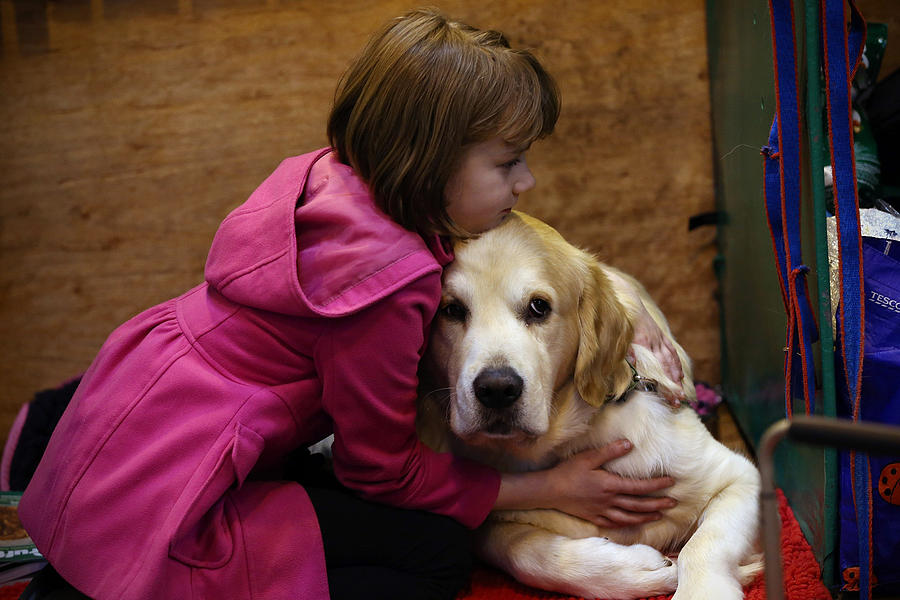 BIRMINGHAM, ENGLAND - MARCH 05: A girl hugs her dog on the first day of Crufts dog show at the National Exhibition Centre on March 5, 2015 in Birmingham, England. First held in 1891, Crufts is said to be the largest show of its kind in the world, the annual four-day event, features thousands of dogs, with competitors travelling from countries across the globe to take part and vie for the coveted title of 'Best in Show'. (Photo by Carl Court/Getty Images)