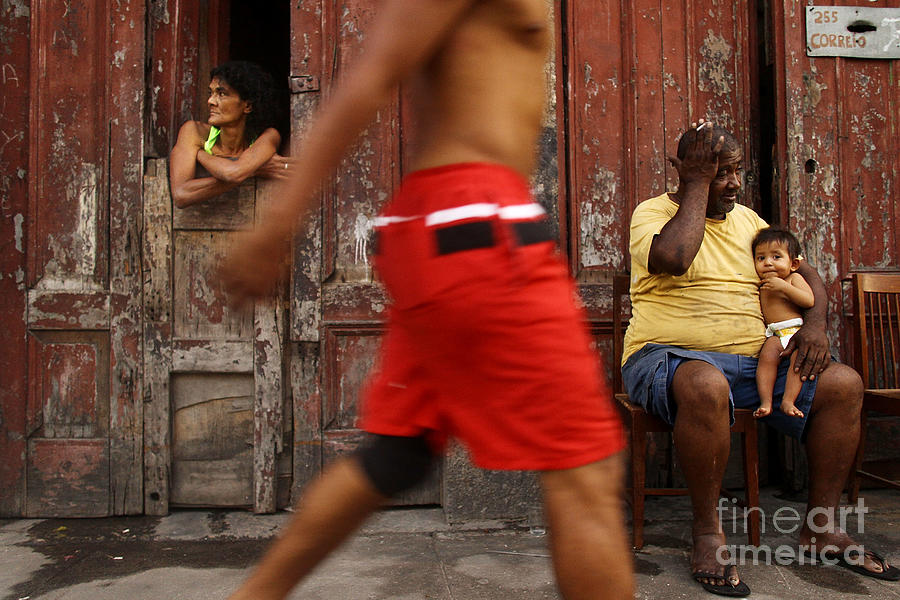 RIO DE JANEIRO, BRAZIL - FEBRUARY 01: Residents (L-R) Lourdes Vieira, Antonio Steves and Pietra Steves look on as people march in the first street parade of the 2014 Carnival season through the historic Afro-Brazilian port district during the Circuito da Liga Portuaria parade on February 1, 2014 in Rio de Janeiro, Brazil. Carnival officially begins on February 28 but pre-festivities have already begun. The parade marched through a section of the port district where a market for slaves once stood and the remains of a mass slave cemetery still exist. The area contains centuries of history and remains a vibrant part of Afro-Brazilian identity; it was once known as Little Africa. Ahead of the 2014 World Cup and Rio 2016 Olympic Games, Rio has started a multibillion dollar urban renewal program of the port district. The Porto Maravilha project is expected to displace around 1,000 local residents. (Photo by Mario Tama/Getty Images)