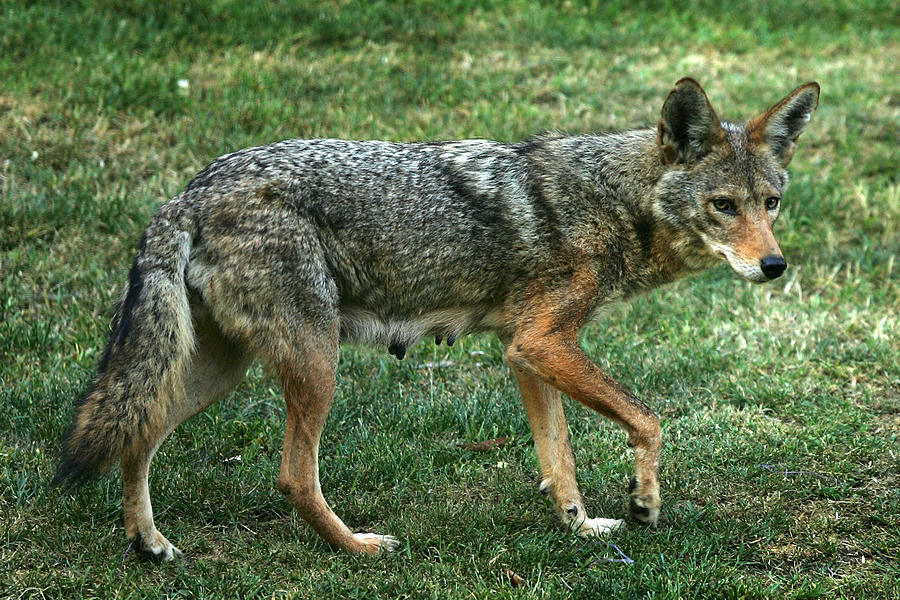 LOS ANGELES, CA - MAY 09: A nursing mother coyote limps through Griffith Park, the nation's largest urban park, after fleeing flames May 9, 2007 in Los Angeles, California. The pups were not seen. The Griffith Observatory, Los Angeles Zoo, Travel Town, and various other park features were threatened but did not burn in the wildfire that broke out yesterday afternoon and forced nearby residents to evacuate their homes later that night. So far the fire has consumed 840 acres of brush and is 40 percent contained by firefighters. Five fires have broken out in the park, which is mostly native chaparral habitat open space, since December including one near the landmark Hollywood sign. Los Angeles is experiencing the driest rain season since records began in 1887. Two years ago, the city had its second-wettest winter. (Photo by David McNew/Getty Images)