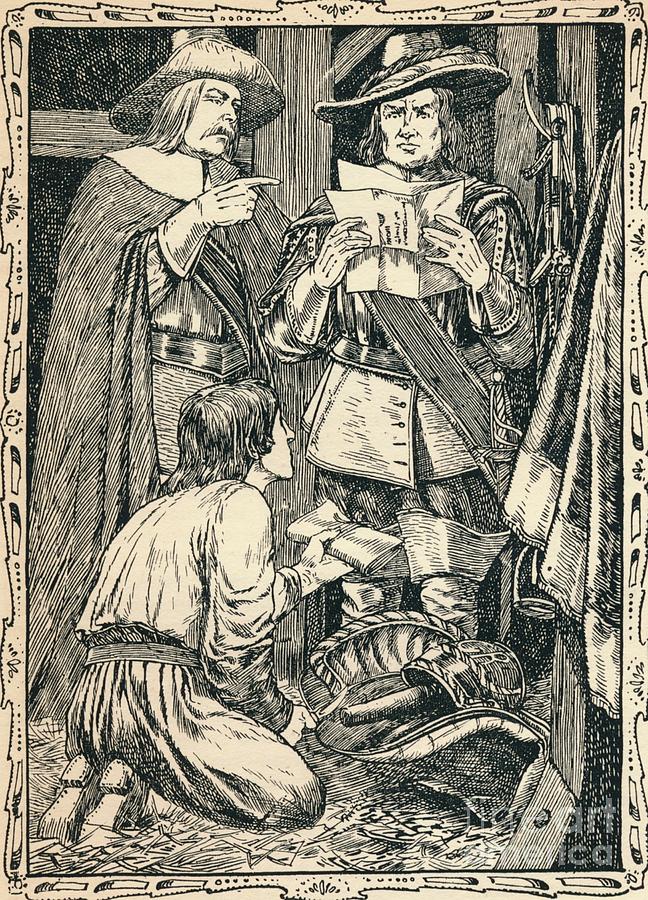 Finding Charles First's Correspondence, 1902. After the Battle of Nasbey the Parliamentarians captured the King's personal baggage, with correspondence which showed he intended to seek support from the Irish Catholic Confederation through the Cessation Treaty, and Catholic nations in Europe. By publishing this correspondence the Parliamentarians gained much support to fight the war to it conclusion. Within a year, the First Civil War ended in a Parliamentarian military victory. After a work by Patten Wilson (1869-1934). From A Child's History of England by Charles Dickens [J. M. Dent & Co., New York, 1902] (Photo by Print Collector/Getty Images)