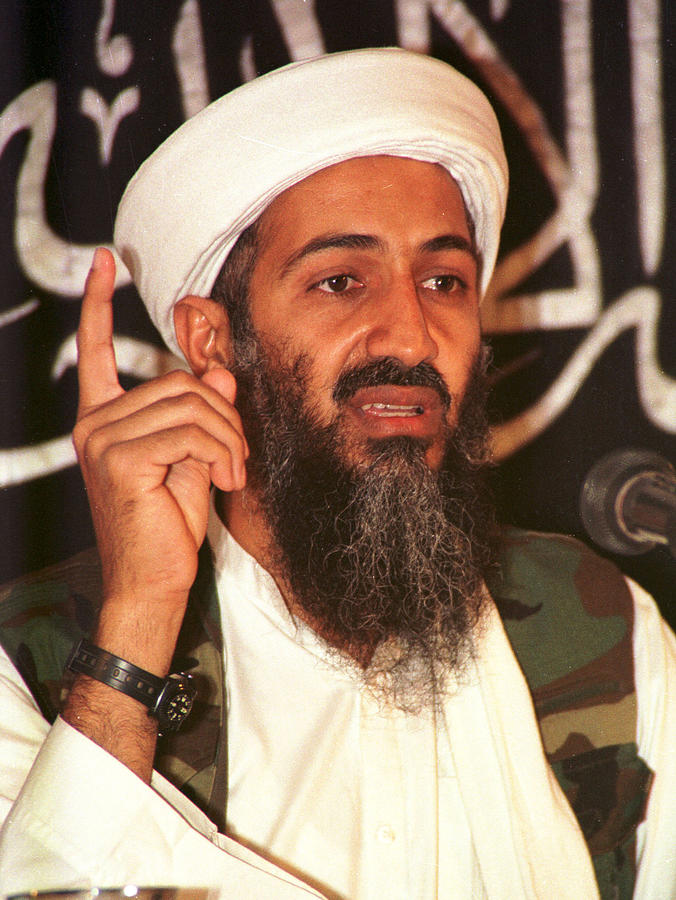 AFGHANISTAN - MAY 26, 1998: (FILE PHOTO) Suspected terrorist leader Osama bin Laden addresses a news conference May 26, 1998 in Afghanistan. U.S. Secretary of State Colin Powell told the Senate Budget Committee February 11, 2003 that he had read a transcript from bin Laden or someone believed to be him, speaking about his partnership with Iraq from an Al Jazeera tape. The Arab satellite station aired a statement allegedly from Osama bin Laden. (Photo by Getty Images)