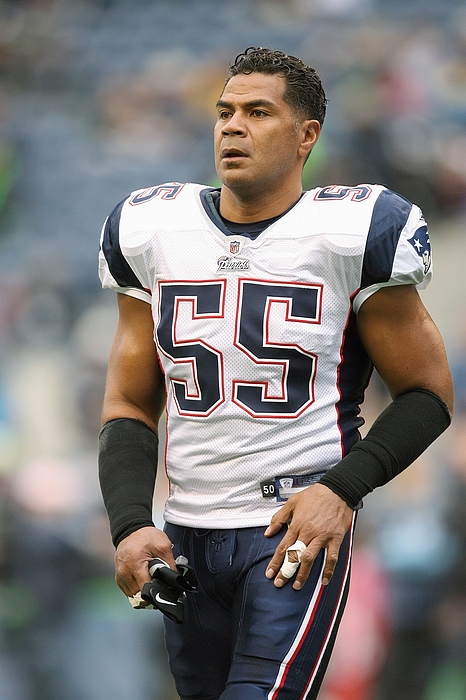 SEATTLE - DECEMBER 07: (FILE PHOTO) Junior Seau #55 of the New England Patriots jogs on the field before the game against the Seattle Seahawks on December 7, 2008 at Qwest Field in Seattle, Washington. The Patriots defeated the Seahawks 24-21. Former linebacker for the San Diego Chargers, Junior Seau, was found dead at his home on May 2, 2012, one of eight former team members of the 1994 San Diego Chargers to die. According to reports, Seau had died from a self-inflicted gun shot wound to the chest. (Photo by Otto Greule Jr/Getty Images)