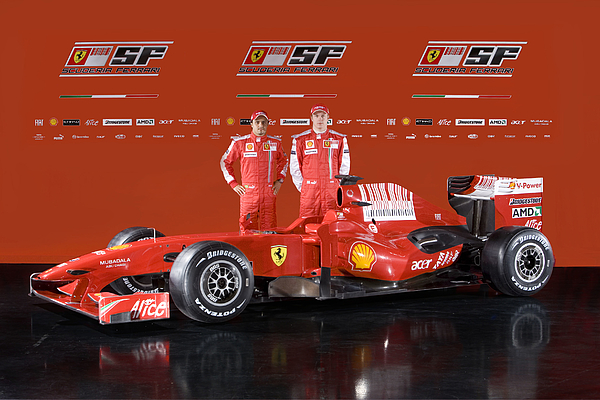 MARANELLO, ITALY - UNDATED: In this handout image supplied by the Ferrari Press Office, (L to R) driver Felipe Massa of Brasil and driver Kimi Raikkonen of Finland pose with the new Ferrari F60 Formula One 2009 season car unveiled in Maranello, Italy. The name F60 was chosen in recognition of the Scuderia's participation since 1950 in all 60 editions of the Formula 1 World Championship. (Photo by Ferrari Press Office via Getty Images)