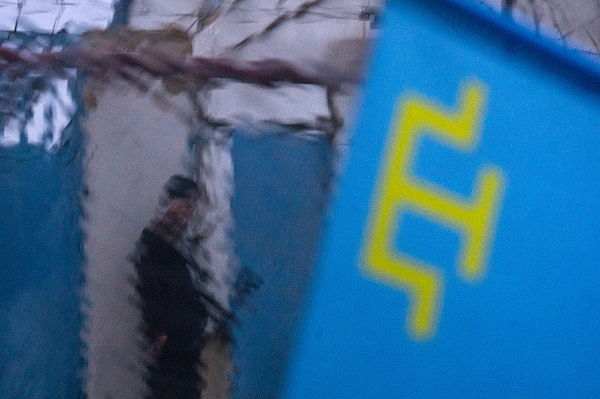 YEVPATORIYA, CRIMEA - MARCH 20: A crimean tatar is seen through a car window next to the Crimean-Tatar flag on March 20, 2015 in Yevpatoriya, Crimea. Crimea, an internationally recognised Ukrainian territory with special status, was annexed by the Russian Federation on March 18, 2014. The annexation, which has been widely condemned, took place in the aftermath of the Ukranian revolution. (Photo by Alexander Aksakov/Getty Images)