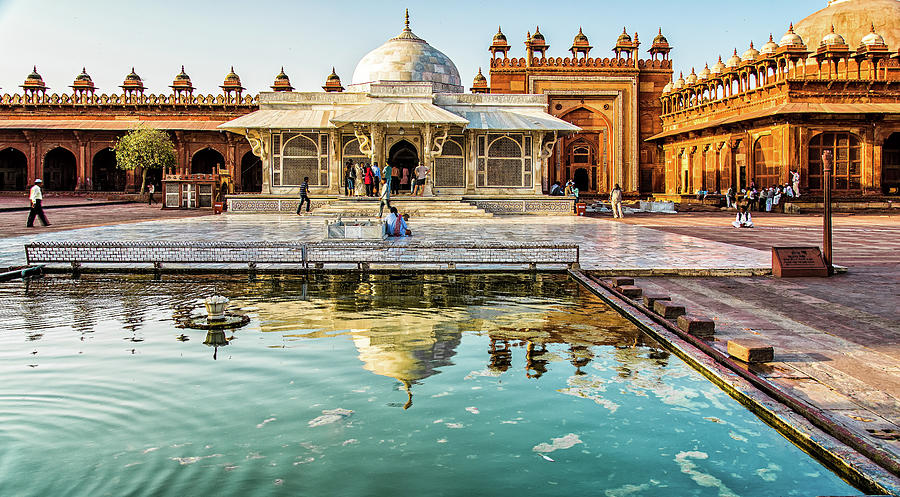 Tomb of Salim Chishti: A white marble encased tomb of the Sufi saint, Salim Chisti , within the Jama Masjid's sahn, courtyard. The single-storey structure is built around a central square chamber, within which is the grave of the saint, under an ornate wooden canopy encrusted with mother-of-pearl mosaic. Surrounding it is a covered passageway for circumambulation, with carved Jalis, stone pierced screens all around with intricate geometric design, and an entrance to the south. The tomb is influenced by earlier mausoleum of the early 15th century Gujarat Sultanate period. Other striking features of the tomb are white marble serpentine brackets, which support sloping eaves around the parapet.