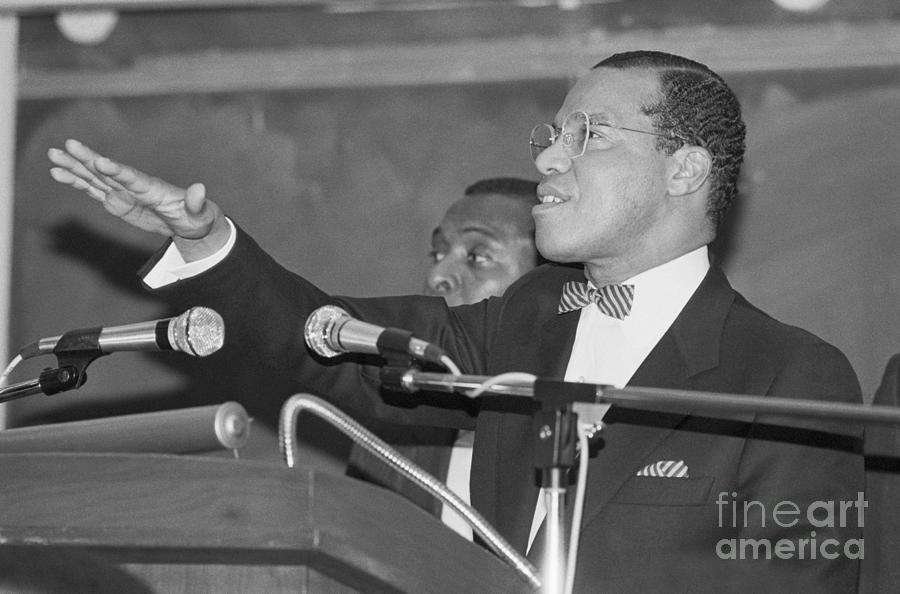 (Original Caption) 4/24/1985- Albany, NY: Minister Louis Farrakhna gestures to more than five hundred students 4/24 in an appearance at the University of New York at Albany. Farrakhan showed despite widespread protests and opposition by the student association and various Jewish groups in which he was criticized for his anti-Jewish remarks during the 1984 Presidential election. PH: Bob Karp