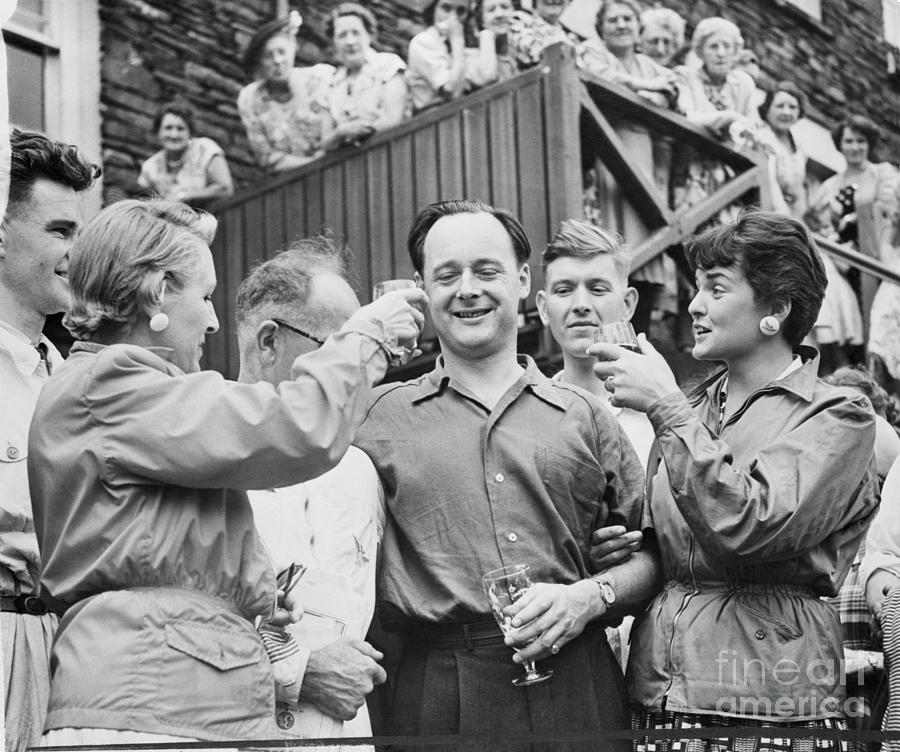 (Original Caption) Lake Ullswater, England: Donald Campbell, son of Sir Malcolm Campbell, is shown with his arm around his mechanic, Leo Villa, as he is toasted by his mother, Lady Campbell, left, and his wife, Dorothy, after his record breaking run last Saturday in his jet speedboat "Bluebird" on Lake Ullswater. Campbell's new water speed record was 202.32 miles an hour. He announced today that he hopes to bring the boat to Las Vegas, Nevada "if arrangements can be made." He said he was invited to the Las Vegas Chamber of Commerce to attempt to raise his new water speed record on Lake Mead and has cabled his provisional acceptance.