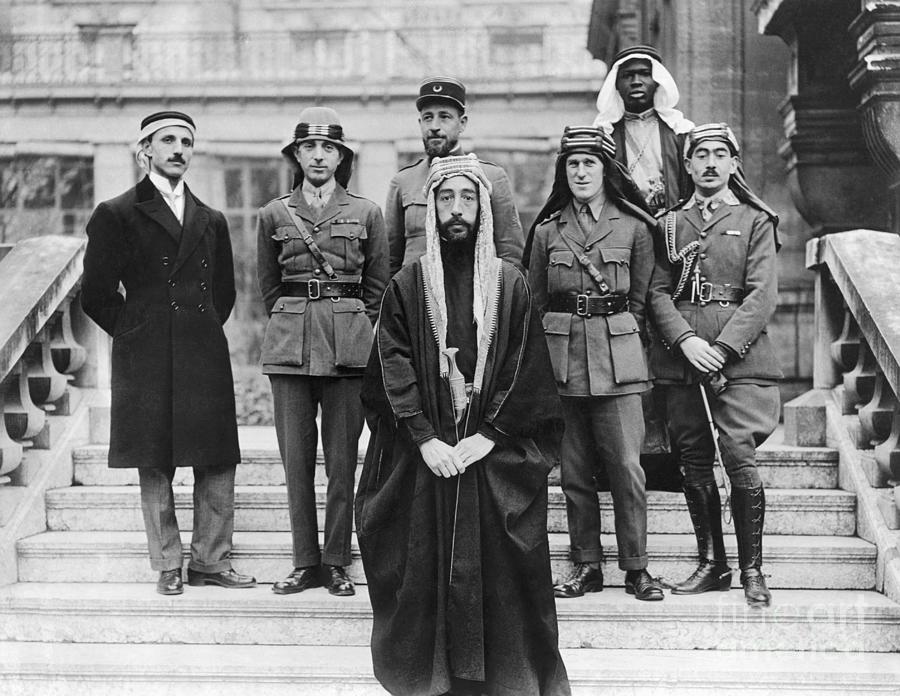 Faisal, son of Hussain of Mecca, with his delegates and advisors at the Versailles peace conference, 22nd January 1919. Faisal was briefly king of Syria, and later Iraq. Behind him are (left to right) his private secretary and fellow delegate Rustem Haidar; Brigadier General Nuri Said, of Baghdad; Captain Pisani of France; Col. T. E. Lawrence "of Arabia"; and Hassan Kadri.