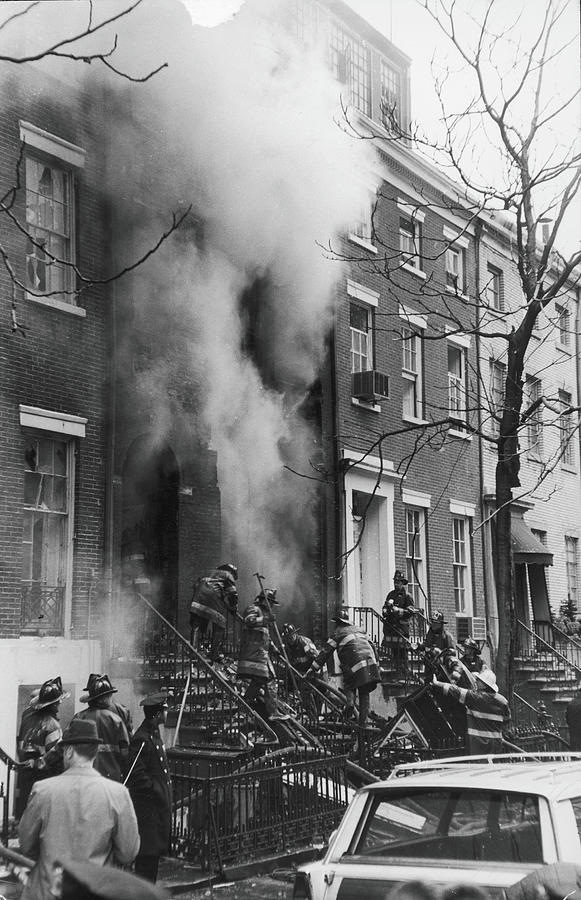 Firefighters battle the smoke and flames from an explosion in the basement of 18 West 11th Street, New York, New York, March 6, 1970. The Greenwich Village house was being used by members of the Weathermen (later Weather Underground) and the explosion, caused by the accidental detonation of a bomb during its construction, resulted in three deaths. (Photo by Fred W. McDarrah/Getty Images)