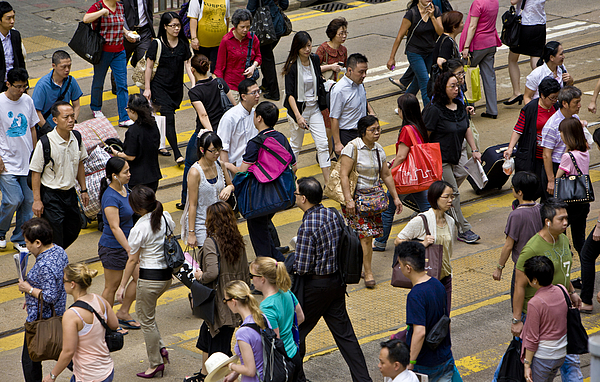 HONG KONG, CHINA - MAY 31: A crowd of people cross a street in the City Centre District on May 31, 2012, in Hong Kong, China. Viewed as one of the world's major trade centers with a population of 7 million, Hong Kong became part of the People's Republic of China when the British relenquished control in 1997. (Photo by George Rose/Getty Images)