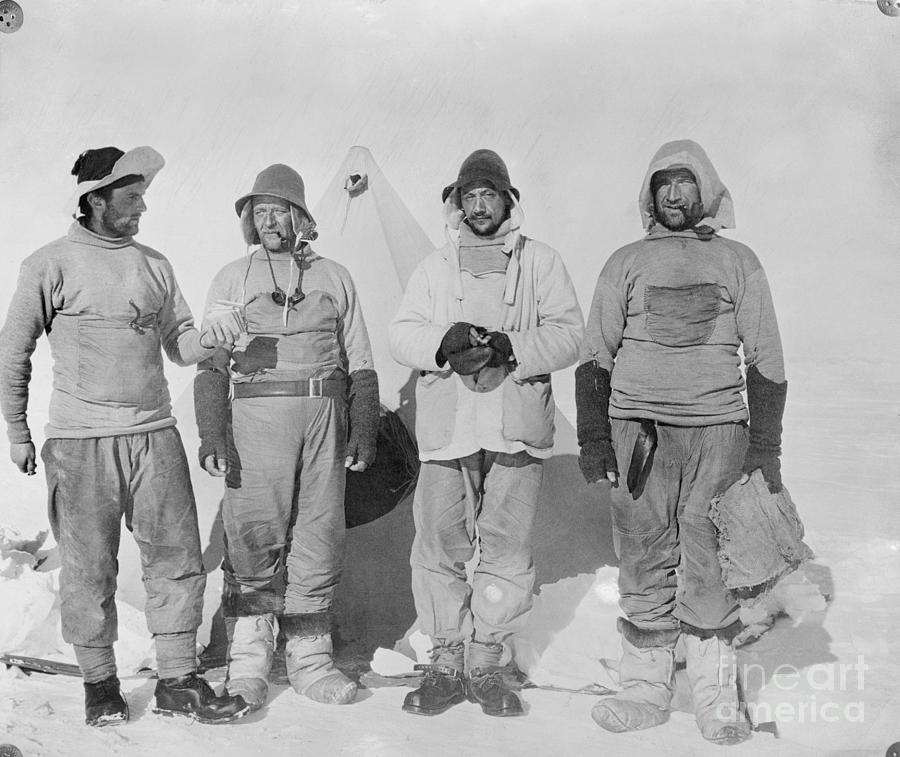 This is the rescue party which recovered the remains of Captain Robert Falcon Scott and companions who died returning from the South Pole. T.W. Nelson, T.S. Williamson, T. Crean, and T. Grau, members of the Western party are shown. The picture was taken before tent in which they placed the remains of their comrades before burying them.