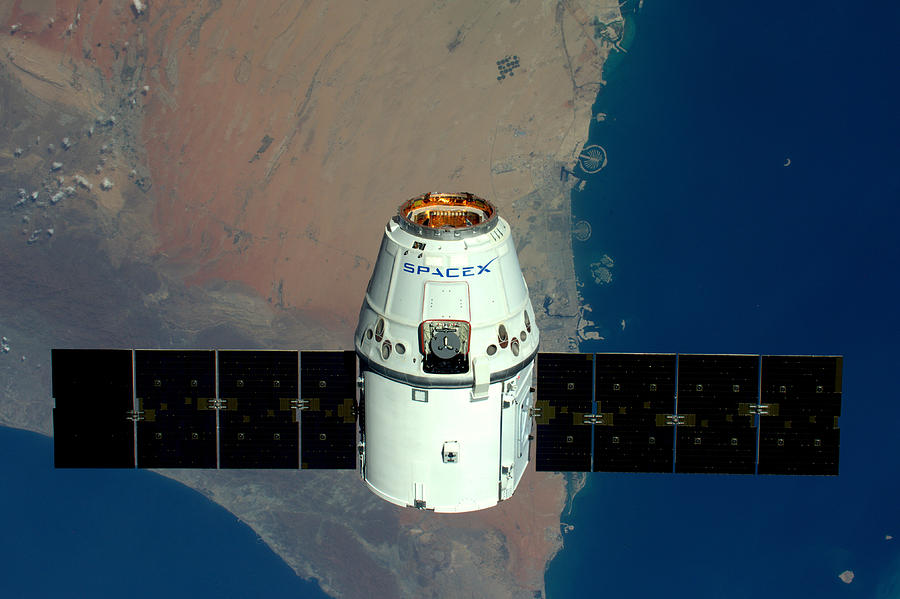 IN SPACE - APRIl 10: (EDITORIAL USE ONLY) (NO SALES) This handout image supplied by the European Space Agency (ESA), shows a view of The Palms, Dubai as the SpaceX Dragon spacecraft psses below, in an image taken by ESA astronaut Tim Peake from the International Space Station on April 10, 2016. ESA astronaut Tim Peake is performing more than 30 scientific experiments and taking part in numerous others from ESA's international partners during his six-month mission, named Principia, after Isaac Newtons ground-breaking Naturalis Principia Mathematica, which describes the principal laws of motion and gravity. (Photo by Tim Peake / ESA/NASA via Getty Images)