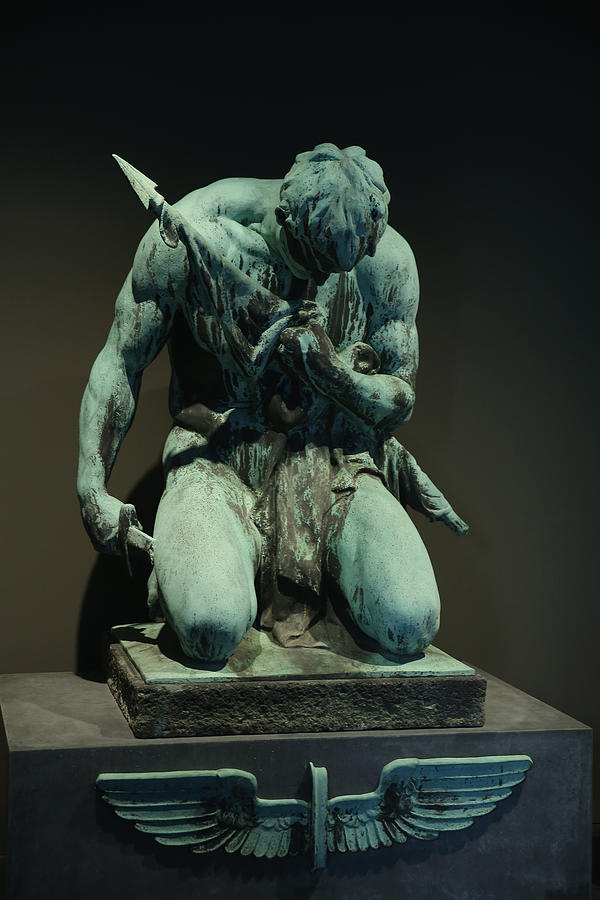 BERLIN, GERMANY - APRIL 29: A statue called "The Monument to the Fallen Railwaymen" first unveiled in 1928 stands on display at the exhibition: "Uncovered. Berlin and its Monuments" ("Enthuellt. Berlin und seine Denkmaeler") at the Spandau citadel on April 29, 2016 in Berlin, Germany. The statue of Lenin was over 19 meters tall and stood on Lenin Square in communist East Berlin before being removed by authorities after 1989, broken up into pieces and buried in a forest outside Berlin. The exhibition shows about 100 monuments that have been damaged, removed or stored away over the years and together guide visitors through the history of th city. The exhibition will run until October 30. (Photo by Sean Gallup/Getty Images)