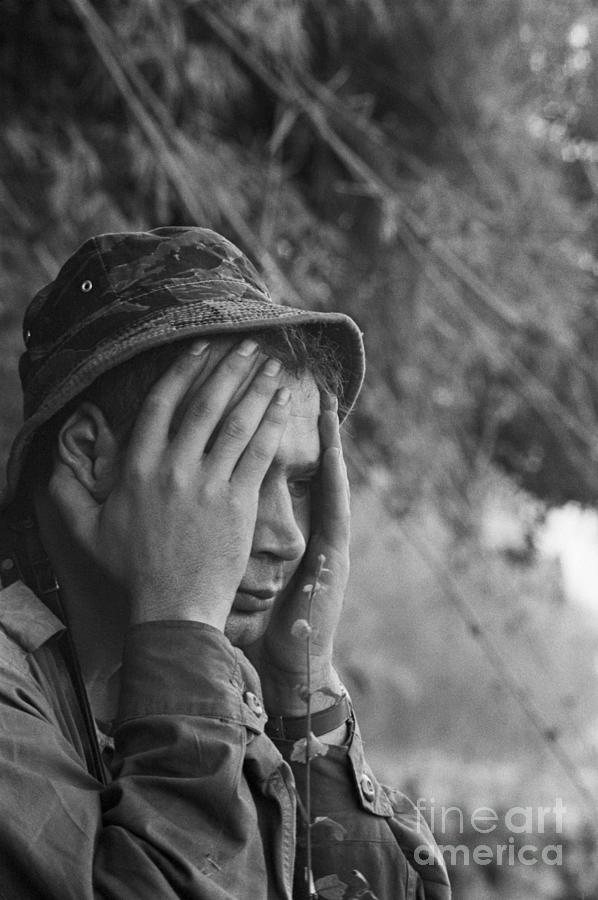 (Original Caption) 1/8/66-Pleiku, South Vietnam: A bone-weary soldier holds his head in his hands and stares sighlessly into space after completing "Operation Maurader," Jan. 8th. The mission was a multi-battalion operation of the U.S. Army's First Air Cavalry Division in which American troops moved along the Cambodian border in the central highlands looking for Communists to kill and daring North Vietnamese troops to fire across the border at them. The area was involved was about 25 miles west of Pleiju and some 190 miles northwest of Saigon.