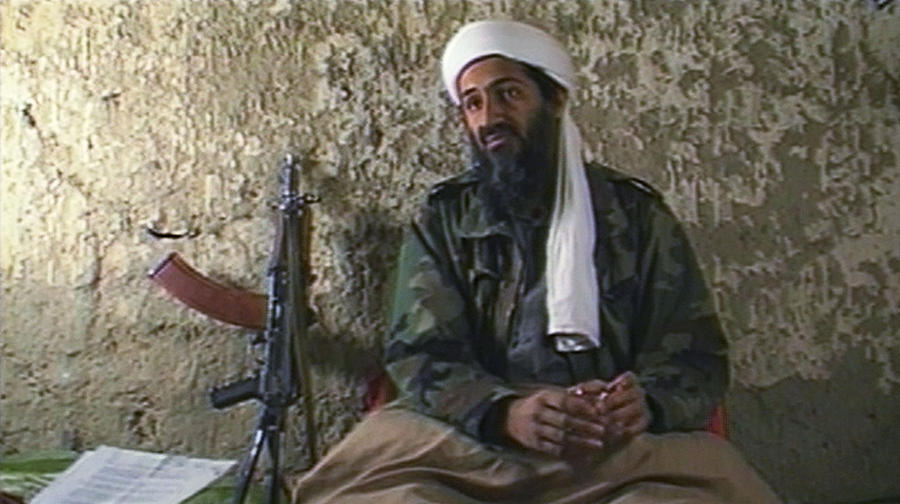 AFGHANISTAN - AUGUST 20: (JAPAN OUT) (VIDEO CAPTURE) Osama Bin Laden, the Saudi millionaire and fugitive leader of the terrorist group al Qaeda, explains why he has declared a 'jihad' or holy war against the United States on August 20, 1998 from a cave hideout somewhere in Afghanistan. Bin Laden is thought to be the mastermind behind the September 11, 2001 terrorist attacks on New York and Washington D.C. (Photo by CNN via Getty Images)