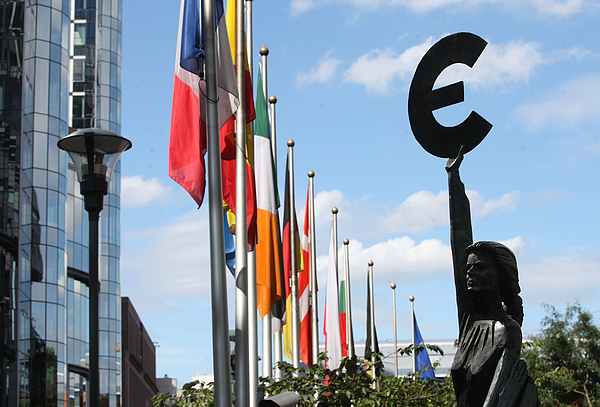 BRUSSELS, BELGIUM - AUGUST 16: A statue holding the symbol of the Euro, the European common currency, stands in front of the European Parliament building on August 16 and 2011 in Brussels, Belgium. The German Chancellor Angela Merkel met with the French President Nicolas Sarkozy in Paris today to discuss the European debt crisis. The two leaders of the eurozone's major economies have urged members to coordinate through an economic government that will consist of the 17 heads of the eurozone states. (Photo by Mark Renders/Getty Images)