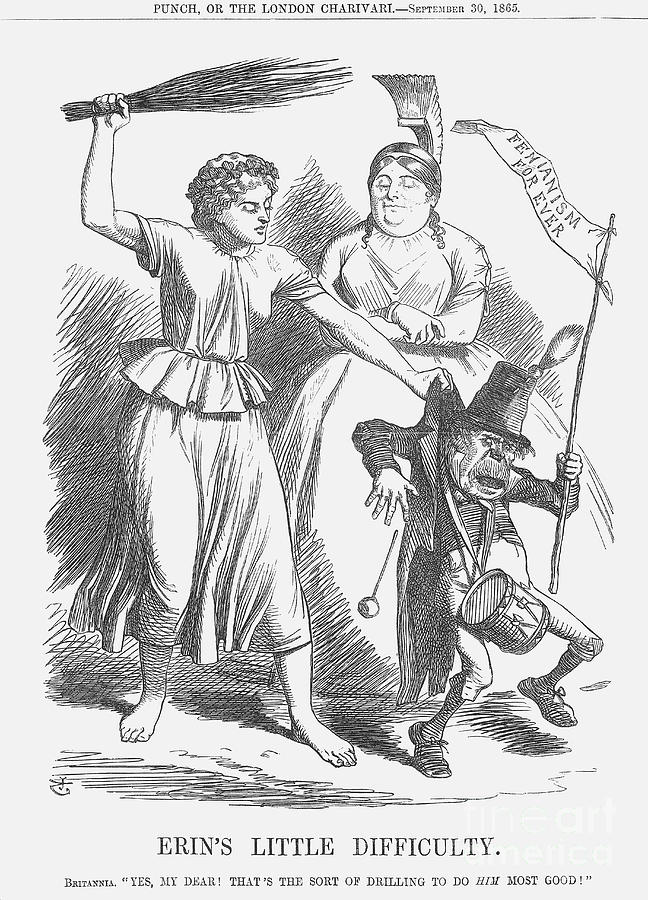 'Erin's Little Difficulty', 1865. Britannia exclaims Yes, My Dear! That's the sort of Drilling to do Him Most Good! Ireland, in the shape of Erin, giving a Fenian representative of simian appearance a good thrashing. Mrs Britannia, comfortably matronly, looks on approvingly. This was a time when an insurrectionist organisation, funded and supplemented with men from the Irish Americans, began to cause trouble. Amongst its principal aims was the separation of Ireland from Britain and the overthrow of the Queen's authority. In September 1865, the Irish People, a Fenian journal, was taken by the Dublin Police, all the men working on the paper being arrested. From Punch, or the London Charivari, September 30, 1865. (Photo by The Cartoon Collector/Print Collector/Getty Images)