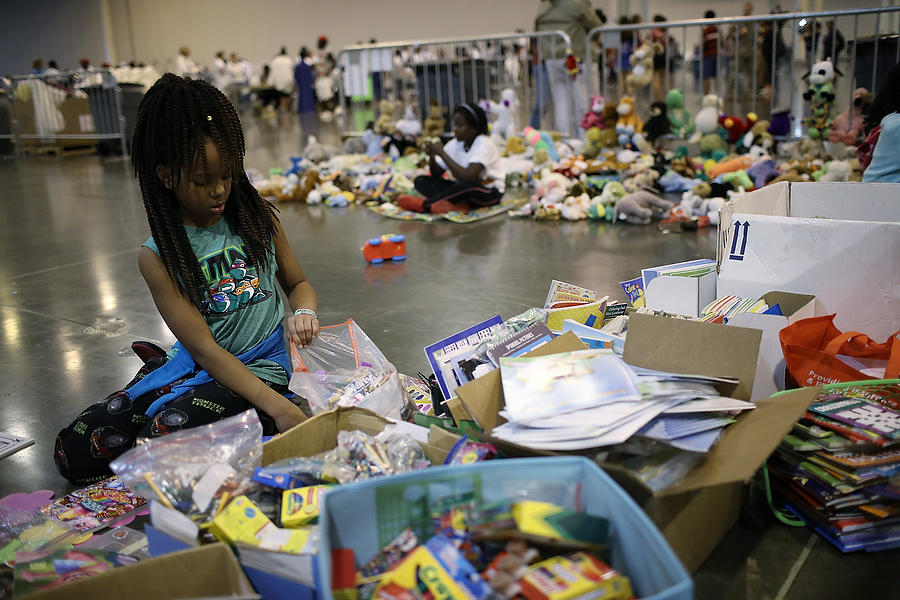 HOUSTON, TX - AUGUST 31: Children from families forced from their homes due to flooding play with donated toys at the NRG Center August 31, 2017 in Houston, Texas. Thousands of Houston area residents are living in temporary shelters as the city of Houston is still experiencing severe flooding in some areas due to the accumulation of historic levels of rainfall, though floodwaters are beginning to recede in many parts of the city. (Photo by Win McNamee/Getty Images)