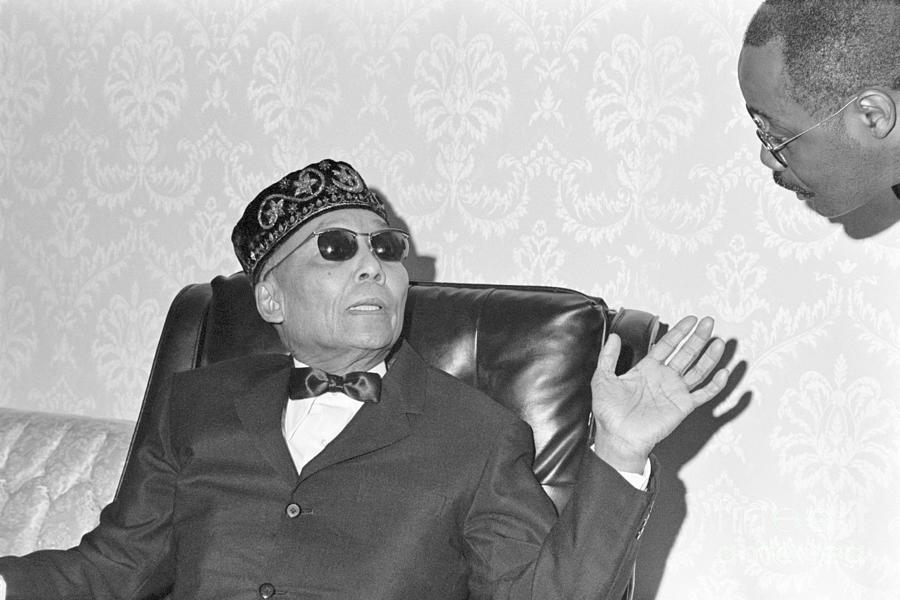 (Original Caption) 1/15/1972-Chicago, IL: Elijah Muhammad, 73, leader of the Black Muslims, a black seperatist sect, gestures during his first news conference in seven years, held in the sitting room of his Chicago mansion 1/14. He said the blacks involved in the Baton Rouge, LA, disturbances were not in Muslim rolls, and discounted reports that the black militants involved in the gunbattle with police planned to exterminate him. He said "I have God to protect me."