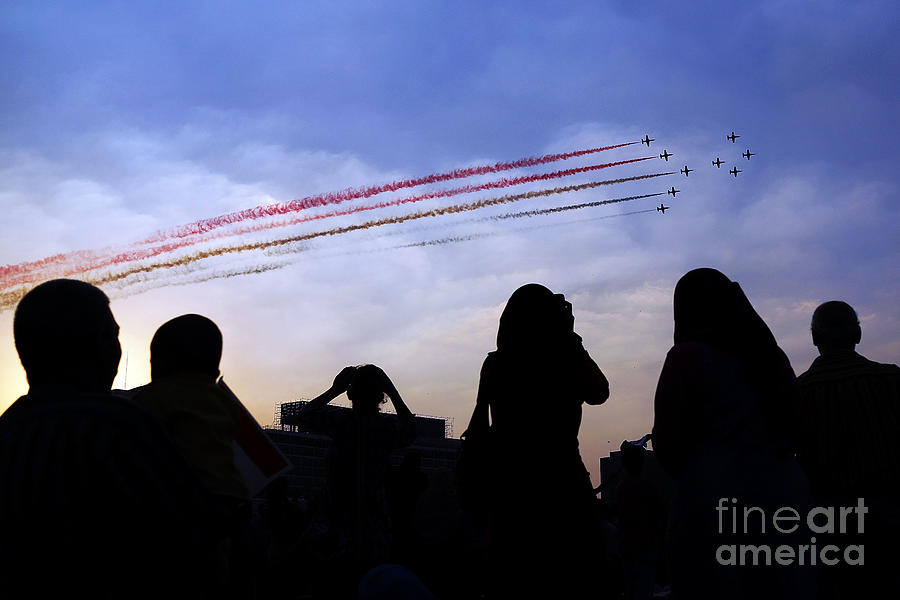 CAIRO, EGYPT - JULY 04: People dance and cheer as Egyptian military aircraft fly over Tahrir Square, the day after former Egyptian President Mohammed Morsi, the country's first democratically elected president, was ousted from power on July 4, 2013 in Cairo, Egypt. Adly Mansour, chief justice of the Supreme Constitutional Court, was sworn in as the interim head of state in ceremony in Cairo in the morning of July 4, the day after Morsi was placed under house arrest by the Egyptian military and the Constitution was suspended. (Photo by Spencer Platt/Getty Images)