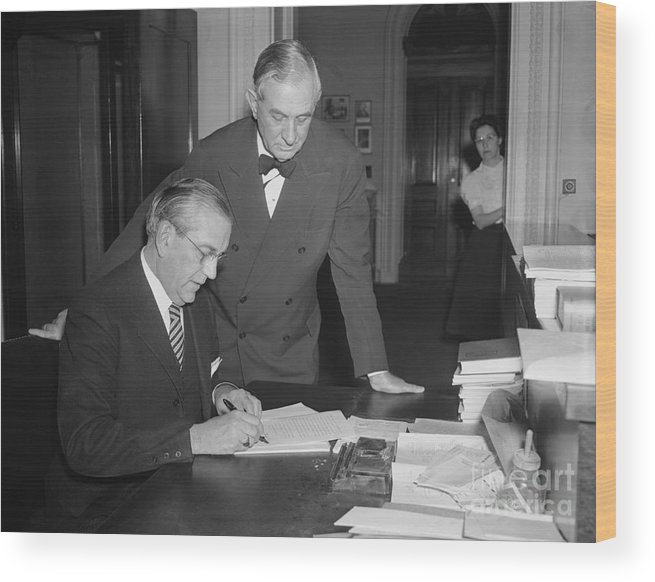 Edwin A. Halsey Signing War On Japan wood print by Bettmann.   Bring your artwork to life with the texture and added depth of a wood print. Your image gets printed directly onto a sheet of 3/4" thick maple wood. There are D-clips on the back of the print for mounting it to your wall using mounting hooks and nails (included).

(Original Caption) The Declaration of War against Japan, asked by President Roosevelt only a few short minutes before and passed by the Senate, 82-0, is signed for the Senate by Colonel Edwin A. Halsey, Secretary of the Senate, (seated), as Senator Ton Connally, Chairman of the Senate Foreign relations Committee looks on.Image provided by Getty Images.