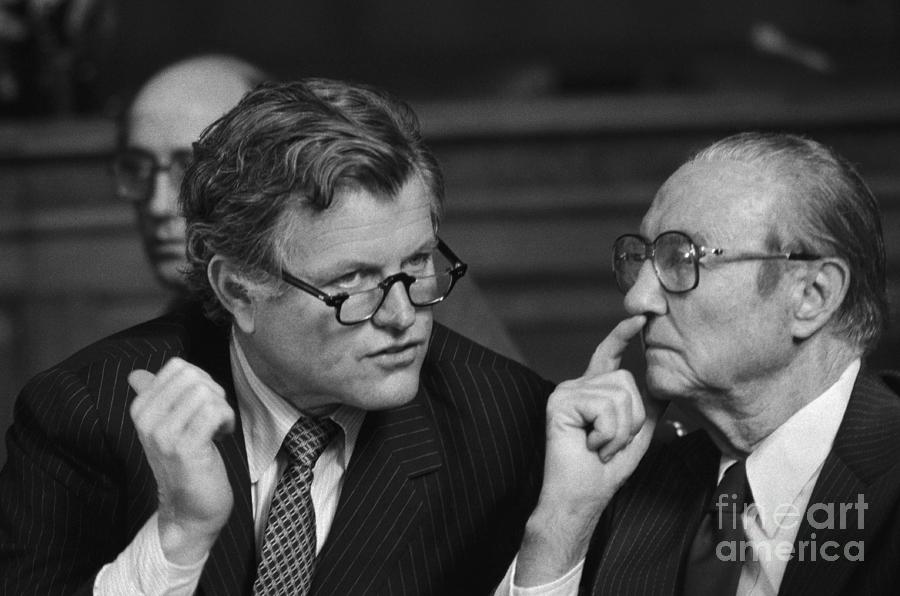 (Original Caption) Washington: Sen. Edward Kennedy, D-Mass., chairman of the Senate Judiciary Committee, talks with Sen. Strom Thurmond, R-S.C. at committee hearing a short while after a woman scuffled with Secret Service agents in Kennedy's office. The woman pulled a knife and one agent was slightly cut on the hand. Kennedy was in the inner office at the time. The woman did not get anywhere near him. She was identified by the Secret Service as Suzanne Osgood, 38, of Boston.