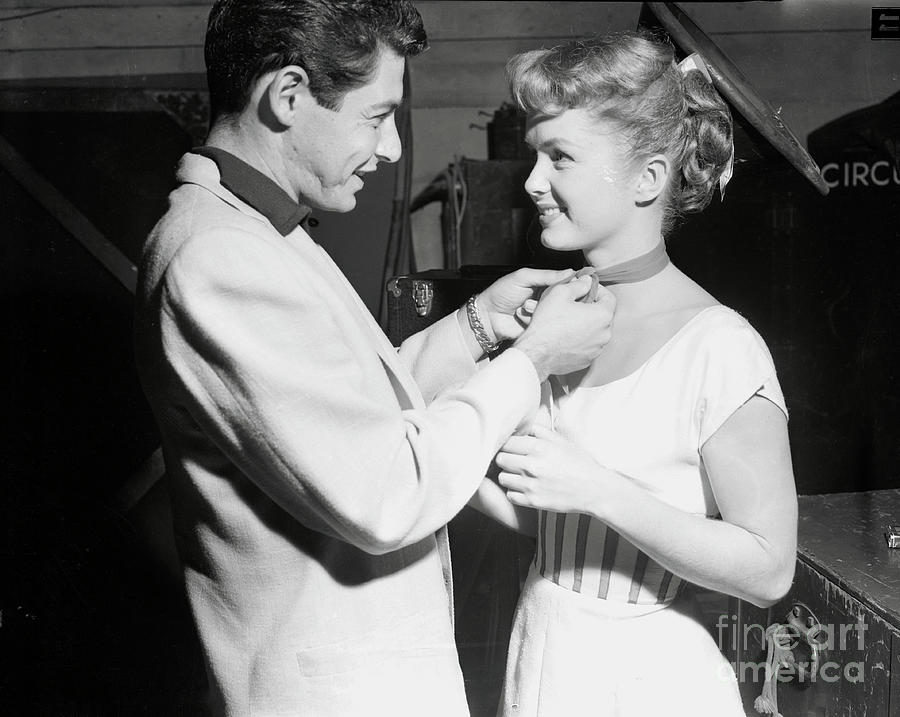 (Original Caption) They have a secret. Los Angeles, Calif.: Fans of singer Eddie Fisher and actress Debbie Reynolds are wondering when and if the couple will announce their engagement soon. There have been rumors and echoes of rumors that the two will wed, but neither one has confirmed the reports. Here Eddie is shown as he visited Debbie at her studio. Miss Reynolds was in the process of rehearsing a dance sequence for her latest film.