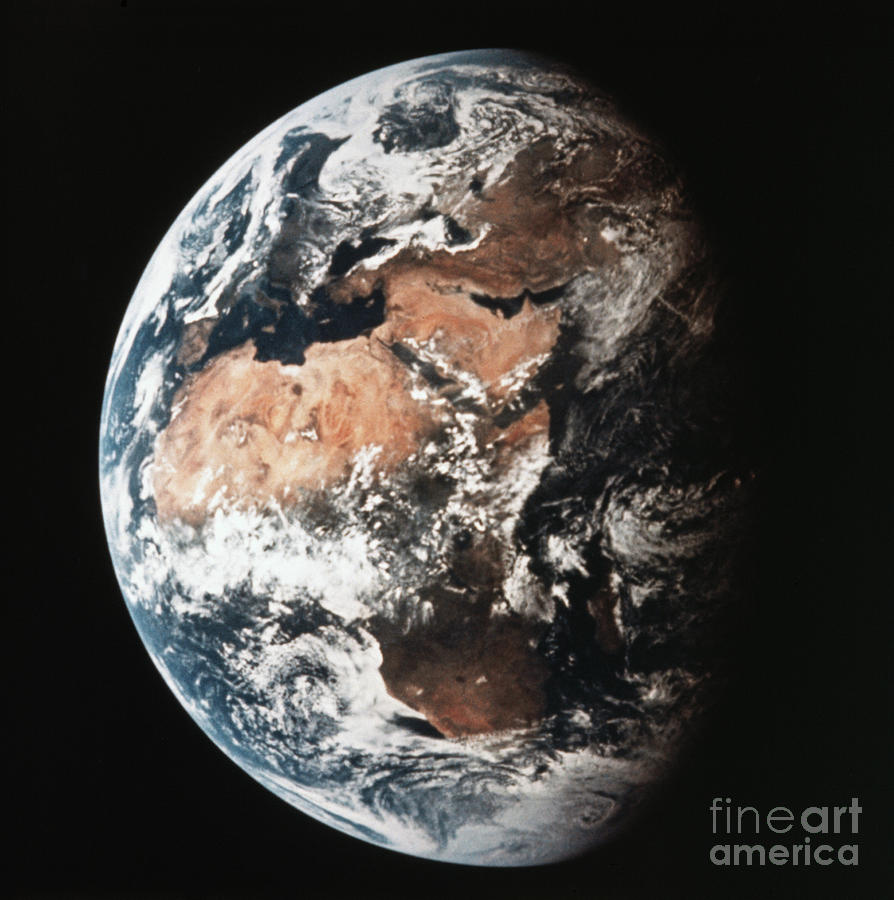 (Original Caption) Most of Africa and portions of Europe and also Asia can be seen in this photo taken from Apollo 11 of the earth about 25 hours after takeoff from Cape Kennedy July 17th. Holding photo with dark side at right, Greenland can be seen at upper left. Ireland, England, Spain and Italy stand out. India is near the terminator. The spacecraft was more than 112,000 miles from earth.