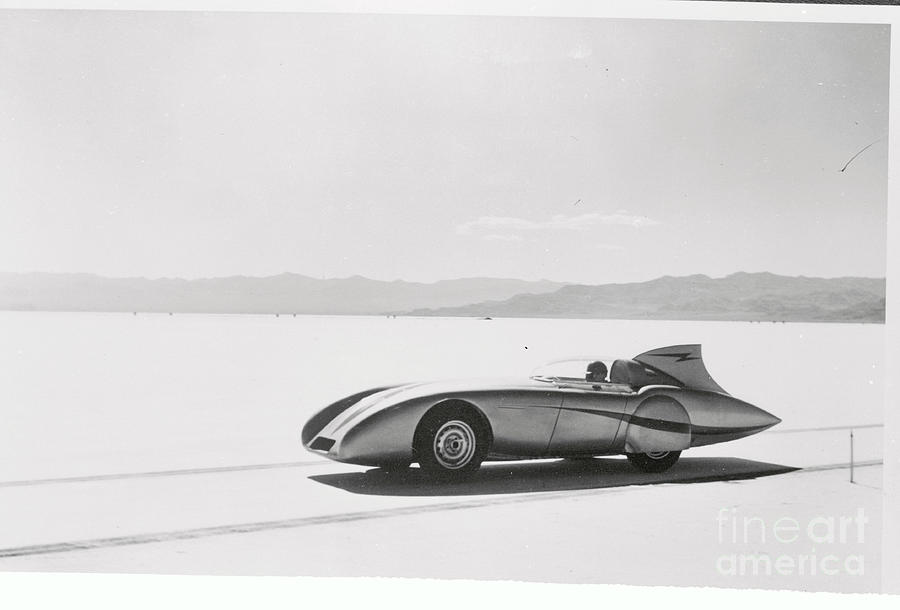 (Original Caption) Donald Healey, designer of the speedy Austin-Healey "100," is shown driving his own car on August 19th at the Bonneville Salt Flats during his record breaking run of 190.9 miles per hour, bettering the existing record held by another British sports car of 178.383 miles per hour. Healey was clocked by the A.A.A., over a measured flying mile.