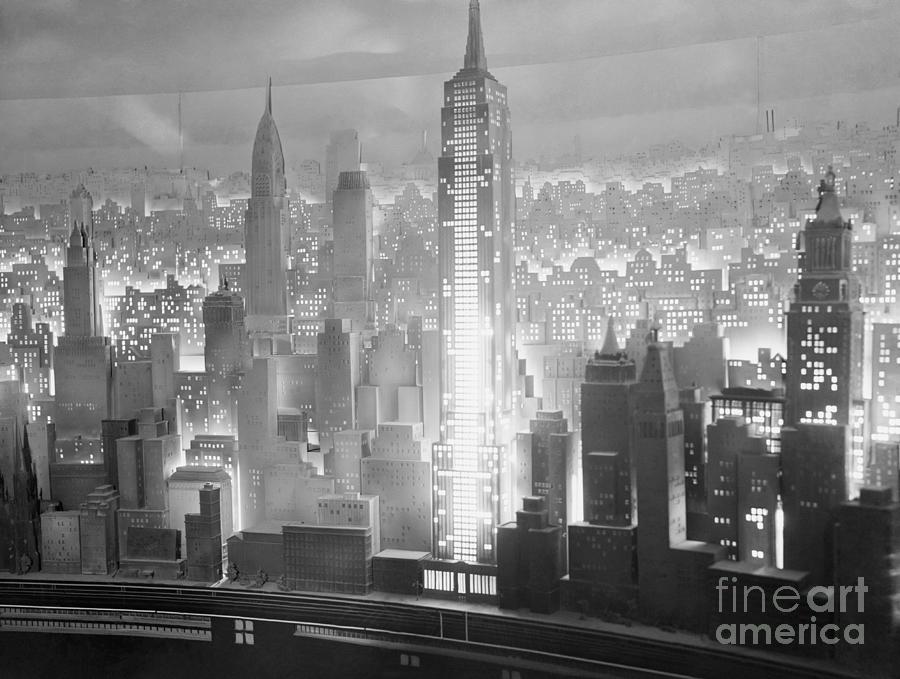 Diorama Of Manhattan At 1939 Worlds Fair

Diorama Of Manhattan At 1939 Worlds Fair

(Original Caption) Manhattan Miniature. Would you like to play Gulliver in a Lilliputian Gotham? Who wouldn't, says you. Well, you will have your chance for the glamorous city that has been called Baghdad on the Subway, is now being reproduced faithfully in miniature for the New York World's Fair of 1939. The exhibit, called the World's Largest Diorama, will be known as the City of Light. It is being constructed by the Consolidated Edison Company of New York, Inc., and affiliated companies. When we say that Manhattan is faithfully reproduced in miniature, we mean just that. More than 4,000 buildings, studded with 130,000 windows will form a Lilliputian City the length of a city block. The height of the model will be more than that of a three-story building. The works that make a great city tick will be reproduced. Nearly a quarter mile of brilliantly colored neon tubing