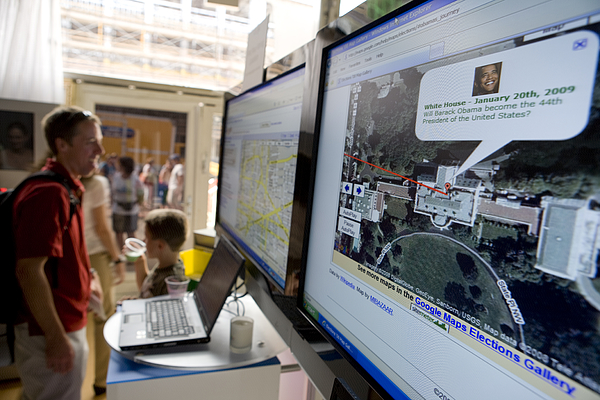 DENVER - AUGUST 24: People look around as Google offers demos of its latest web tools, smoothies, battery recharges, massages, and YouTube video uploading at its Google Retreat on the eve of the Democratic National Convention (DNC) August 24, 2008 in Denver, Colorado. The city is preparing to host the 2008 DNC at the Pepsi Center from August 25th through the 28th. (Photo by Max Whittaker/Getty Images)