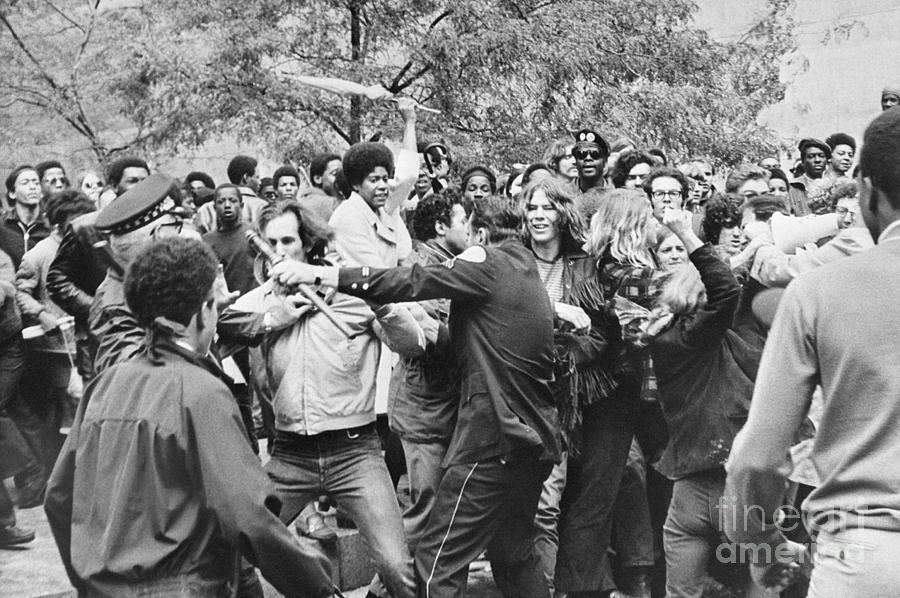 (Original Caption) 9/24/1969-Chicago, IL- Demonstrators attack Chicago Police Captain Paul McLaughlin (L) and an unidentified sergeant, during a clash outside the Federal Building, where eight persons are on trial for conspiring to promote riots during the 1968 Democratic National Convention. At least 13 demonstrators were arrested and five persons, including two policemen, were injured during the brief melee.