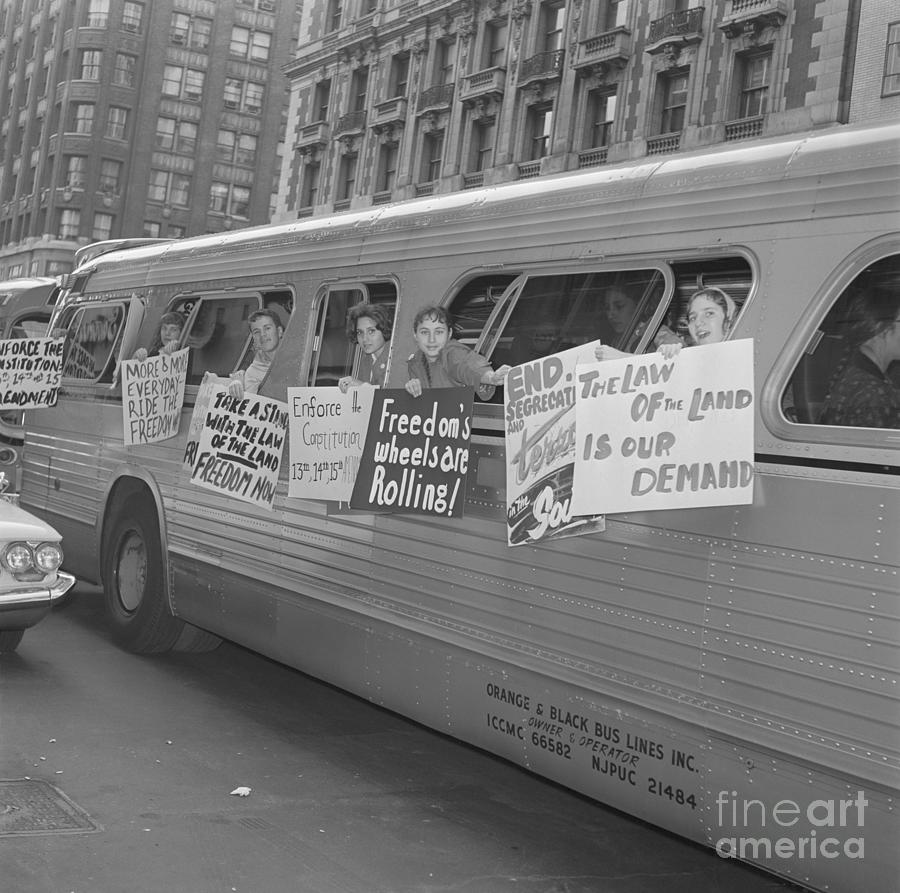 (Original Caption) Freedom Group Hangs Signs on Bus. New York: Members of a group called "The Washington Freedom Riders Committee" hang signs on the side of bus parked near the crossroads cafe at Times Square here May 30th, before leaving for Washington, D.C. The group plan to picket the white House in Washington. A spokesman for the group said it is demanding resolute federal action to protect the lives and civil rights of the Negroes in the south. The unidentified spokesman said they would request to see a representative of President Kennedy to present its demands.