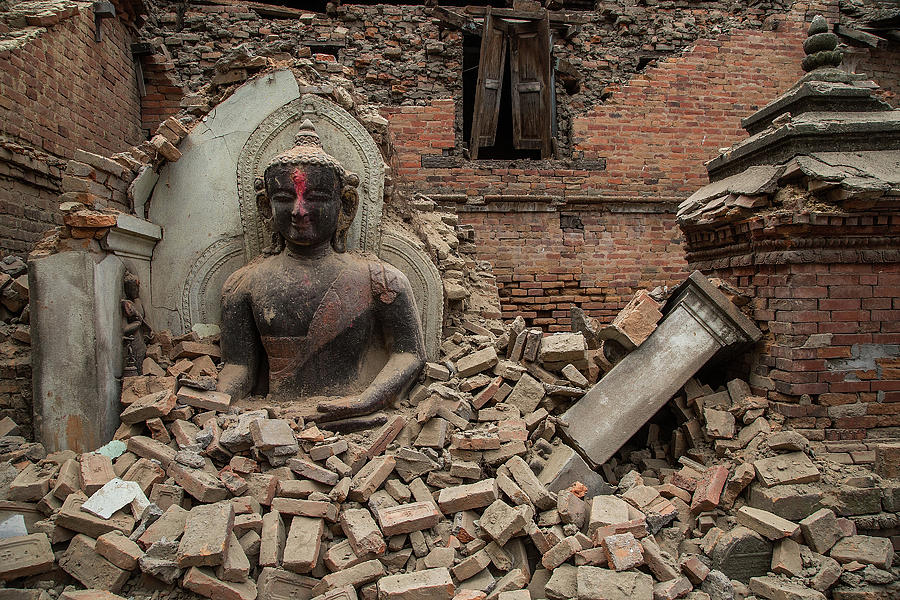 BHAKTAPUR, NEPAL - APRIL 26: A Buddha statue is surrounded by debris from a collapsed temple in the UNESCO world heritage site of Bhaktapur on April 26, 2015 in Bhaktapur, Nepal. A major 7.8 earthquake hit Kathmandu mid-day on Saturday, and was followed by multiple aftershocks that triggered avalanches on Mt. Everest that buried mountain climbers in their base camps. Many houses, buildings and temples in the capital were destroyed during the earthquake, leaving thousands dead or trapped under the debris as emergency rescue workers attempt to clear debris and find survivors. (Photo by Omar Havana/Getty Images)