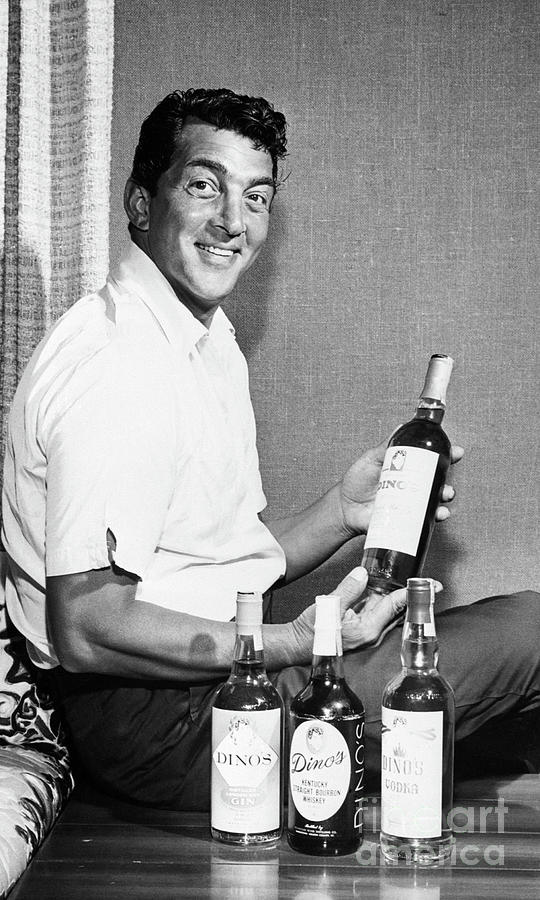 (Original Caption) Hollywood, CA- Dean Martin, reputedly one of movieland's biggest imbibers, is going into the liquor business. The liquor, his own brand, Dino's, invades the shelves this month. The line will include Bourbon, Scotch, and Vodka. Though Martin is known as a great drinker, he denies he is a drunkard, and says he lets the reputation stay with him for laughs. All he knows about his new venture is that he owns 33 1/3 percent. Photo filed 10/14/1959.