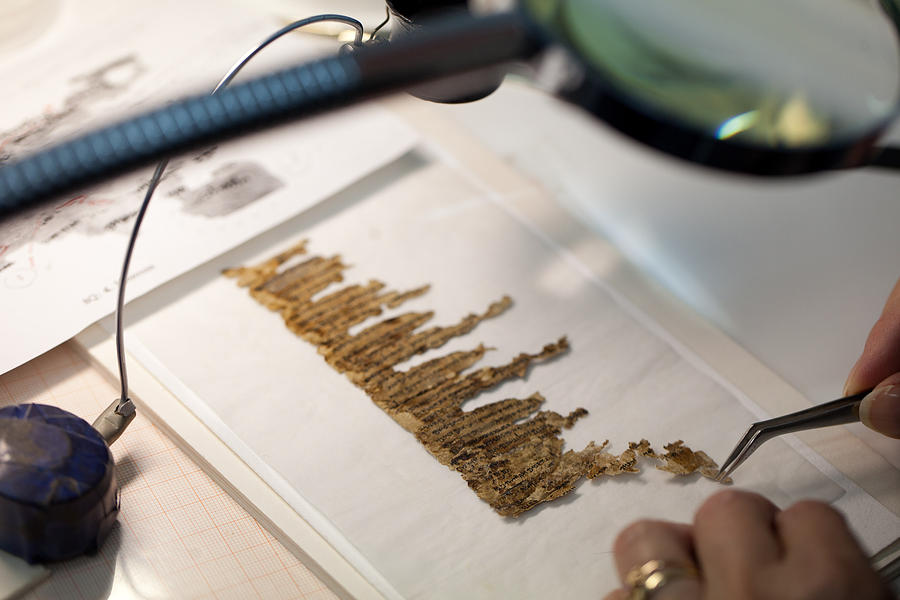 JERUSALEM, ISRAEL - DECEMBER 18: (ISRAEL OUT) A conservation analyst from the Israeli Antiquities department examines fragments of the 2000-year-old Dead Sea scrolls at a laboratory before photographing them on December 18, 2012 in Jerusalem, Israel. More than sixty years after their discovery Israel have put 5,000 fragments of the ancient Dead Sea scrolls online in a partnership with Google. (Photo by Uriel Sinai/Getty Images)