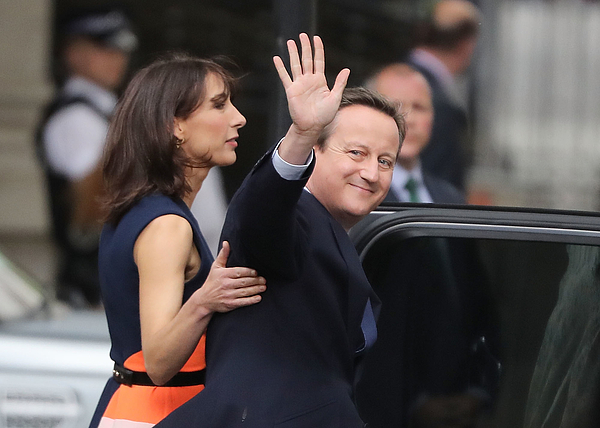 LONDON, ENGLAND - JULY 13: Prime Minister David Cameron with his wife Samantha leave 10 Downing Street for the last time after speaking to the press to visit Buckingham Palace to formally tender his resignation to the Queen on July 13, 2016 in London, England. David Cameron leaves Downing Street today having been Prime Minister of the United Kingdom since May 2010 and Leader of the Conservative Party since December 2005. He is succeeded by former Home Secretary Theresa May and will remain as Member of Parliament for Witney in Oxfordshire. (Photo by Christopher Furlong/Getty Images)