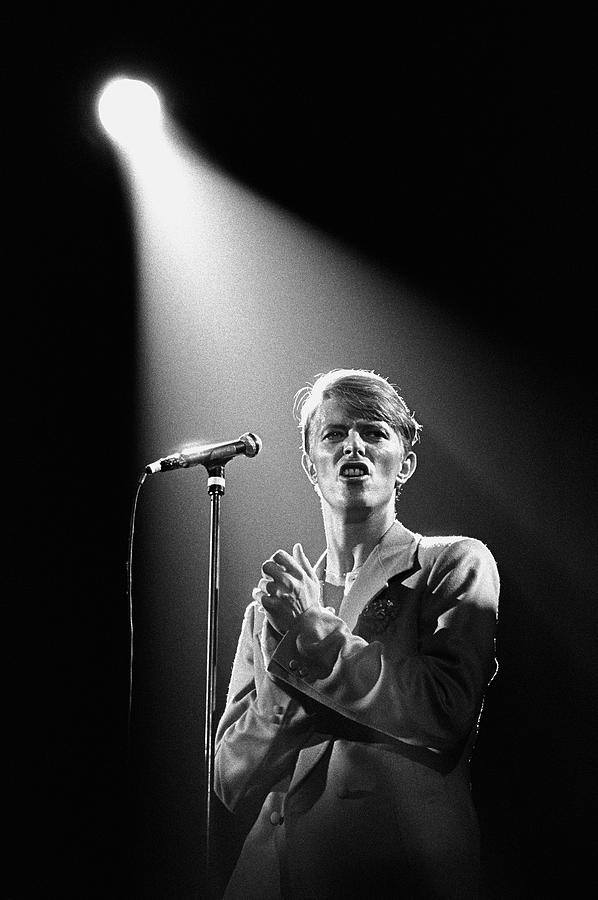 SAN DIEGO, CA - 1978: Singer, songwriter and film actor David Bowie performs in a 1978 concert at the Sports Arena in San Diego, California. Bowie had a string of hit albums during the late 1970s including 'Station To Station' and the Brian Eno-influenced 'Low.' (Photo by George Rose/Getty Images)